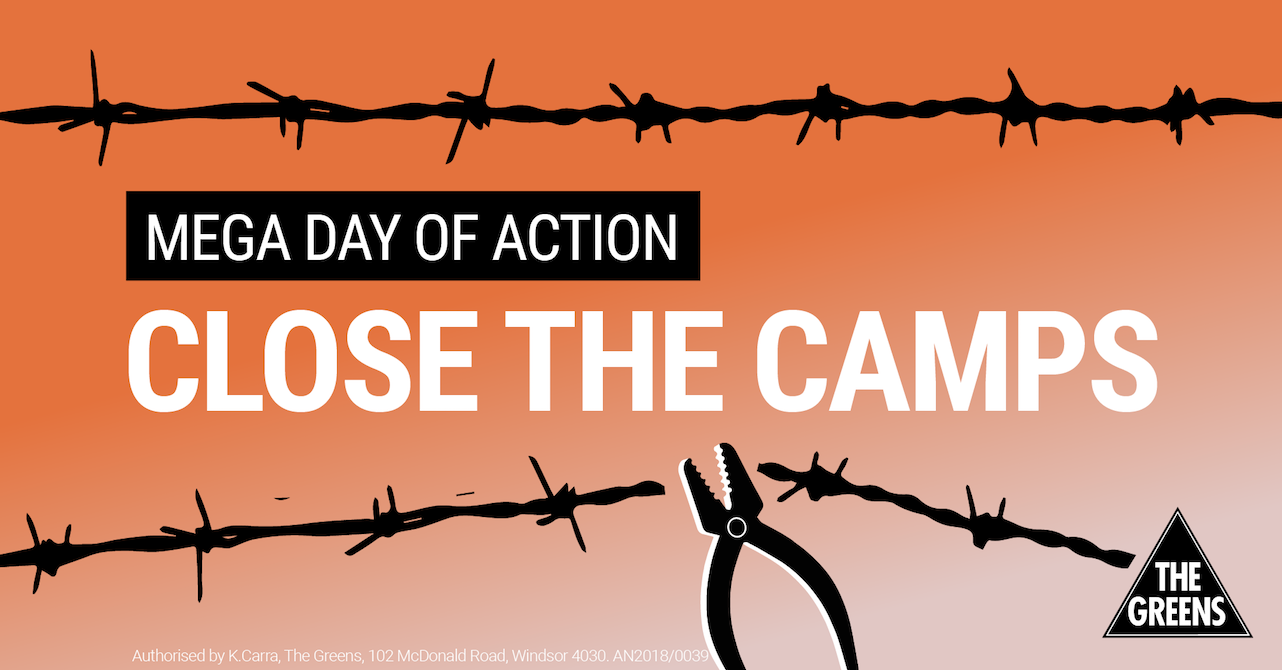 Mega Day of Action to Close the Camps

Come to our day of action where we will be heading out to talk to residents in the electorate of Griffith about closing the camps and our broader message of hope.

Labor just voted with the Liberals to retrospectively authorise the illegal detention of 1600 people seeking asylum - one day after they declared their opposition to Fraser Anning’s racist speech. Twelve people have already died while being held in detention on Manus Island and Nauru. We can’t afford to wait any longer for Labor to change from within.

Labor and the Liberals voted together to protect their offshore concentration camps where they torture people seeking asylum to the point where they commit suicide in despair. The current member for Griffith, Terri Butler, voted for more torture and misery.

But we can stop this.

We only need a 7% swing to win Griffith, but with your help we can do it. If you’ve never campaigned before, don’t worry! We will be providing a full 30min training AND teaming new people up with our experienced campaigners.

Labor are terrified of being seen as "soft" on refugees because they think that will lose them votes in places like Western Sydney and regional Queensland. The reality is the ALP aren't losing these areas because they aren't being cruel enough to refugees - it's because they've overseen, along with the Liberals, an economy that's creating increasing poverty, stress and uncertainty. They have no vision for a society where everyone gets the things they need to live a good life. So as wages stagnate, house prices go up, and people work longer hours in increasingly insecure jobs for less pay - refugees became easy scapegoats.

It's up to us to build a real politics of hope. One where we talk about increasing taxes on big corporations to ensure everyone has a house, free childcare, university and TAFE, a liveable income regardless of whether you can find a job, high quality healthcare and cheap, publicly owned essential services. A politics where we say we have more in common with a refugee on Manus than we do with any Labor or Liberal politician in Canberra. A politics that says we can close the camps, bring them here and create an Australia where everyone is able to live a good meaningful life.