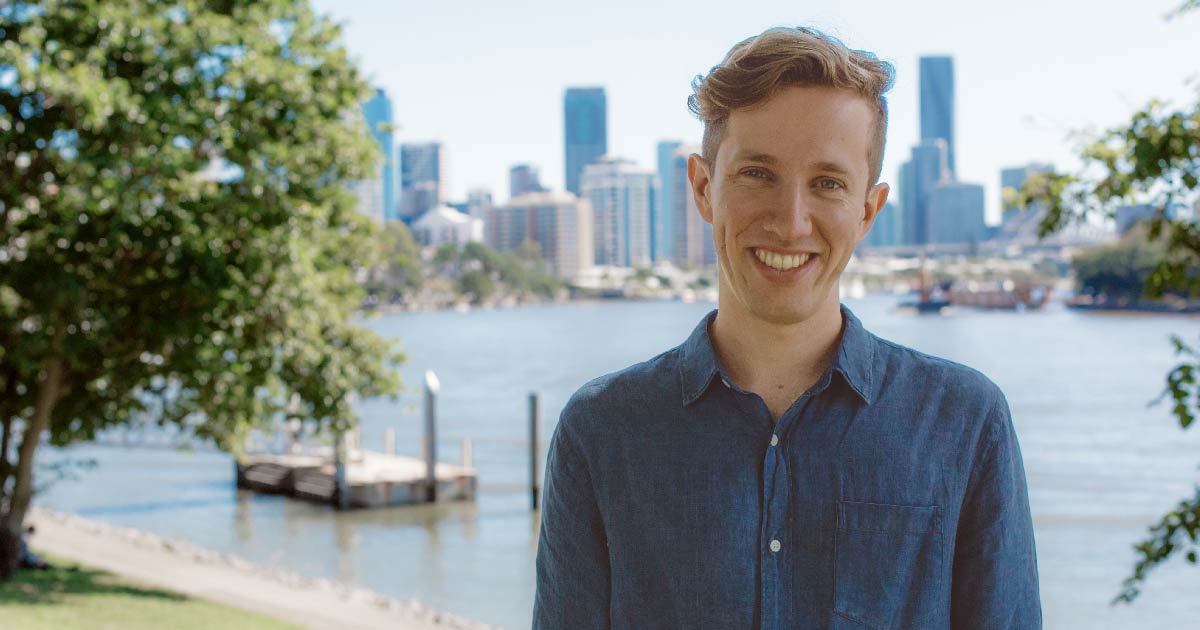 "I believe we can create a future where everyone gets the things they need for a good life: an affordable home, a steady well-paid job, and time to spend with family and friends"

The Queensland Greens have announced Max Chandler-Mather, community and union organiser as their candidate for the federal electorate of Griffith.

"Our political system and economy only works for big corporations and super wealthy CEOs and people have lost faith. I believe we can create a future where everyone gets the things they need for a good life: an affordable home, a steady well-paid job, and time to spend with family and friends," said Mr Chandler-Mather.

"A million Queenslanders are in insecure work and even more are struggling with low wages, underfunded public infrastructure and unaffordable housing and that makes life stressful.

"I’ve lived in Griffith all my life. I was born in the Mater Hospital to parents who had moved to West End when it was still an affordable area for young people on low incomes. Living in Highgate Hill, it’s sad to see people forced to move away because of house prices and cost of living.

"The ALP and Coalition are in a race to the bottom on tax cuts, but what we really need is investment for good public services and public infrastructure, like schools, public transport, affordable housing and cheap publicly owned clean energy.

"We need 1 in 5 Labor voters to change their mind to win the seat of Griffith, that’s a tough ask, but the recent Queensland state election showed there's an enormous appetite for change in our community and the Greens' message of hope is resonating like never before."

"I left the ALP in 2013 for the same reason many people have stopped voting for them, they have abandoned their principles, won’t fix our rigged system and have no vision for a better life for all Australians.

Greens lead Senate candidate and former Senator Larissa Waters said "Max is an outstanding young community advocate, and I’m thrilled to have him as part of our Green team for the federal election, where we will work to retain our voice in the Senate and grow our support in all seats across Queensland.

"After our success in the Queensland state election I’m so excited to take our message of hope across Queensland. We can ensure every Australian has the things they need to live a good life, like an affordable home, a good job, top quality free education and healthcare, a clean environment, and time to do the things we love.

"Queenslanders are being let down by an economy and political system that only works for a few massive corporations, whose donations to the big parties have rigged the system at the expense of the rest of us.

"Queenslanders have a stark choice at the coming election. They can vote for the status quo of the ALP and Coalition’s growing inequality and cuts to services, or they can vote Green for an economy for all of us where big corporations pay their fair share, so we can all live a good life in a healthy environment,” concluded Ms Waters.

Max is 26 years old and lives in a share house in Highgate Hill with his partner and two friends. He was born in Griffith and grew up in West End, Highgate Hill and Kangaroo Point.

Before being the candidate for Griffith he worked for the National Tertiary Education Union with casual and contract research and admin workers to improve their rights at work. Max left the Labor party in 2013.

The Greens are currently on 17% in Griffith and believe that they need a 7.5% swing from the ALP to win compared to 2016 federal results. Griffith covers the State electorates of South Brisbane and Greenslopes where the Greens secured a 11.7% and 7.6% swing respectively in the 2017 State election.

Griffith will likely be a three-cornered contest, with the ALP, the Greens and the Coalition all in a position to win.

The Greens plan to run a doorknocking campaign twice as big as they did in South Brisbane, which saw a 12% swing and came within 3% of winning the seat.

The Greens will be focussing on making sure Larissa Waters is re-elected to the Senate and are targeting large swings in Griffith, Brisbane and Ryan with their message of hope and creating a different sort of politics and economy that works for all of us.